Grande Pointe Meadows has it all: city comforts and space to breathe 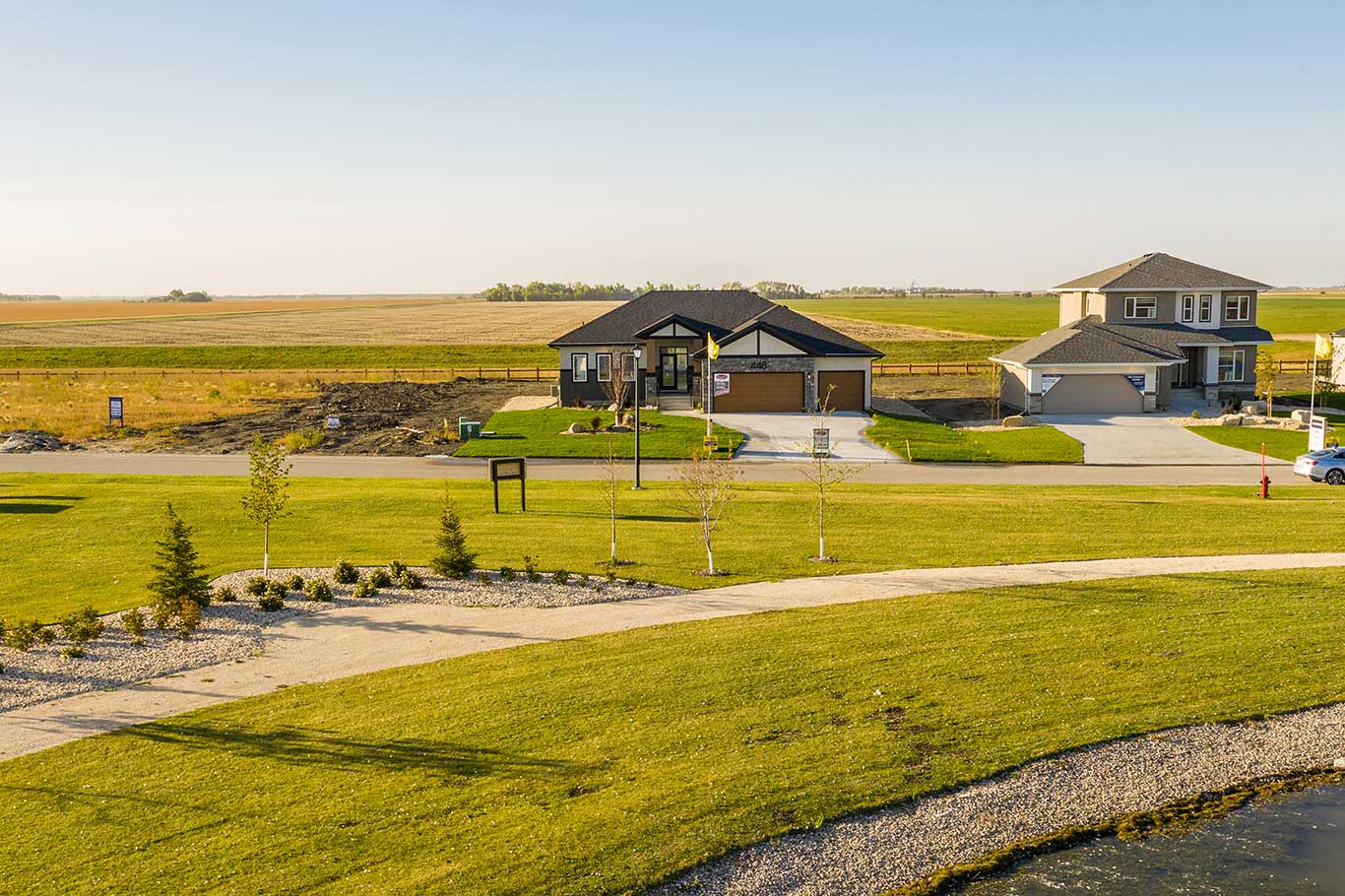 When choosing to make the move to the country, typically you have to trade in urban comforts you’ve come to rely on in favour of room to breathe.

Moving to Grande Pointe Meadows means you don’t have to make any sacrifices. The neighbourhood is master-planned with city amenities we rely on – like provincial water, a standard sewer system, and even high-speed Internet – while homes are set on large lots just south of the city.

“We’re trying to replicate a city-style build as closely as possible, without the city discomforts.”

The first thing you’ll notice in Grande Pointe Meadows is a rural feeling – and you get it within minutes of leaving the city.

“From the actual edge of the subdivision to Sage Creek where the shopping is, it’s six minutes doing the speed limit,” says Boyle. “We’re minutes from the perimeter, which will (also) get you east of the city and north of the city in a matter of 15 minutes.”

Part of Grande Pointe Meadows’ luxurious sense of space is set through building regulations. Homes are a minimum of 42-feet-wide – approximately 10-feet wider than the average city home – and set on spacious lots. There’s 20 square feet between properties, giving plenty of breathing room between homes.

While the lots are oversize by city standards, they’re not so distant that you can’t walk over to your neighbours’. That’s where city-like infrastructure like activity trails and lighting come into play.

Based on the unique dimensions in Grande Pointe Meadows’ standards, Kensington Homes will be debuting all-new floorplans in the area, including some new housing types.

Two-storey and bungalow options will be going into the area, leaving room for downsizers to escape the bustle of the city to a manageable country property.

Of course, it’s not just building guidelines that lead to a luxurious sense of space. Grande Pointe Meadows’ homes overlook ponds, and prairie grasses grow just beyond the property line. With blind, rail and chain-link fencing throughout the development, these views are celebrated, not obscured.

With the RM of Ritchot’s rapid growth, it already boasts recreational amenities like community centres, nearby parks and a popular cycling trail: the Duff Roblin Parkway. You can follow it all the way to Birds Hill Park or Lockport, MB.

The brand-new homes on oversize lots in Grande Pointe Meadows are priced competitively to homes in any new city development, meaning homeowners can compare apples to apples when they choose between a country and a city lifestyle, without breaking the bank.

Hi there! Let me know if you have any questions about our products or pricing.
TEXT
TEXT
CHAT
Email is required.